IFS report on the government cost of different degrees 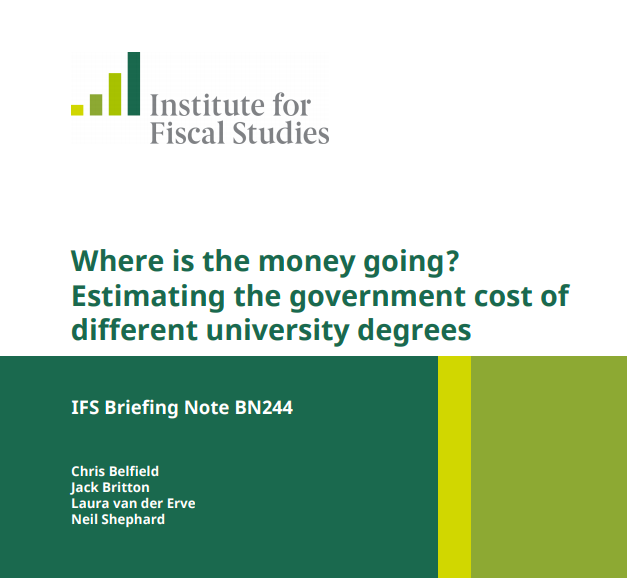 Yesterday’s IFS report on government spending on higher education by subject singled out creative arts degrees because it estimated their graduates would pay back less of their student loans. The IFS rightly acknowledged some of the limitations of their approach, including:

It’s also important to point out other reasons why government shouldn’t jump to change policy on the back of this sort of analysis.

First, as the London Economics report for GuildHE on graduate earnings data said: “For many degree level subjects, graduate earnings are a wholly inappropriate measure of economic value”. How much student loan is paid back and how much public subsidy is received often provides a misleading estimate of the economic benefits of a degree and “should not be used to determine where funding is allocated.” This is because it “does not capture any of the wider economic impacts associated with a degree that accrue indirectly to the Exchequer, businesses or society in general. For example, these spill-over effects for creative arts graduates have been estimated to more than double the direct impact of earnings alone.”

And second, forecasting the earnings of graduates thirty years into the future is, as IFS say “inherently speculative” and pretty heroically so at that. This would be true at any time but particularly so now as the world enters the fourth industrial revolution. Creative arts graduates are entrepreneurial and creative thinkers and are heading towards more future-proofed careers: 87% of creative jobs are at low or no risk of automation.